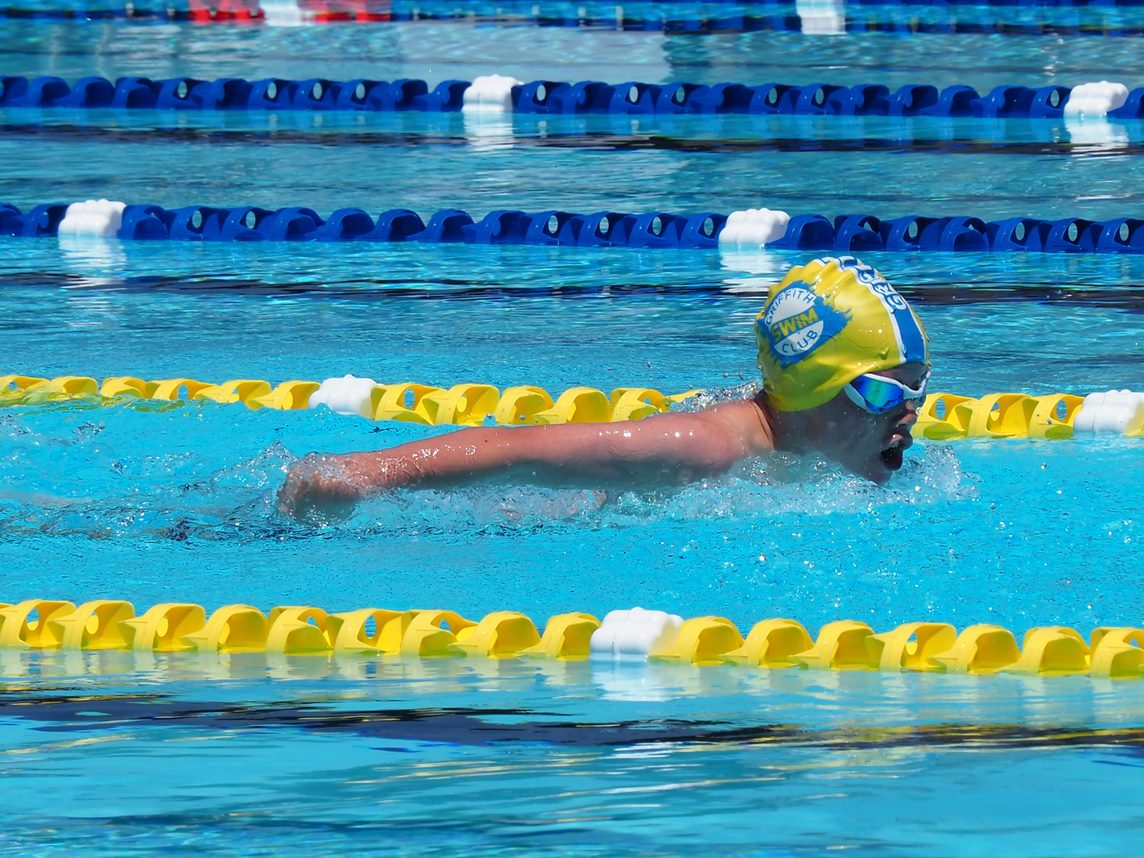 The Griffith School Swimming Baths, built with voluntary labour, was 25 yards long (22.8M) and opened in 1930. Almost immediately, Griffith Swimming Club was formed, during winter that year the pool was extended to 50 yards  (45.7M). History shows the concrete pool was filled with water from the canal, which was brown and murky in colour, known to have leeches and slime covered the bottom and sides making for some great stories! This pool served the club, community and school children until 1950, when the Griffith Olympic Pool was constructed. This was closed in 1999 to make way for the current indoor GRALC facility which boasts a 25m 10-lane indoor pool opening to the public in 2000. During this time our Squad members were fortunate to have access to another indoor pool to continue training known as ‘Donaldson’s Pool’

Griffith Swim Club now enjoys a new state of the art 50m pool that was opened in February 2021. This has complemented the indoor 25m pool enabling our members to swim  and compete all year round!

Griffith Swimming Club’s Olympian Jenny Beer (nee Tate) learnt to swim in Darlington Point, 40km outside of Griffith, after they built the Darlington Point Pool in 1971. Jenny learnt to swim with lessons held by the NSW Dept. of Sport & Recreation from the age of 10 to 12yrs. The pool Attendant in Darlington Point at the time thought she showed a natural talent and asked her parents to go to Donaldson Swim School in Griffith to possibly be trained, which she did. Jenny improved in leaps & bounds and qualified for her first Nationals in Hobart within 2 years. Jenny trained 12 sessions a week, 6 x AM sessions of 4km & 6 x PM sessions of 6km and competed every Sunday around the Riverina during the summer months to qualify for Country Championships which led to NSW Age & Open State Championships in Vic & NSW, then onto Australian Age & Open Championships. Jenny was selected in the 1976 Olympic team to represent Australia in Montreal Canada after winning the Women’s 100m Freestyle in a time of just under 60seconds. She qualified 49th & competed in the Women’s 100m freestyle and made it to the Semi finals placing 15th in a time of 58.78 Jenny also competed in the 4 x 100m Freestyle Relay and the 4 x 100m Medley Relay in which the team made it to the semi finals.